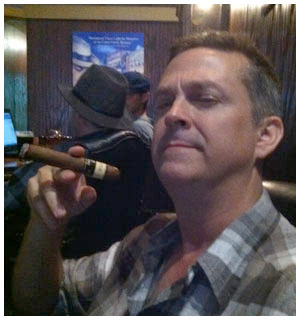 Writing for a living.

I once worked as an art director for a multimedia production company called Lighthouse Education and Design. For a brief time, we were the world leader in food safety online training. Mostly because no one else was doing it. It was a new field and we had a blast. It was a dream job. It was Ralphie’s BB gun. Then … it was gone.

Someday, I hope to have that dream job feeling once more, filling my days with writing and painting, but for now, I am a medical courier with a long drive and lots of time to think about plot and characters. I write science fiction. Like you, I've read a great deal, but I decided that instead of searching for novels that turned out the way I wanted, I would simply write them. Not so simple, but immensely fun.

This is the perfect genre to let me constructively daydream about the distant future. I take what I know of humanity, of what we are trying to become, and I place characters in this distant future, imagining challenges for them that are relatable but far beyond our everyday experience. Having talent and a skill-set leaning more towards the arts than hard science, I’ve always been drawn to space opera. I want stories that show us how problems can be overcome by our own collective ingenuity. Stories to inspire us. Stories to show us that our best dreams can one day become reality.

What is space opera?

A science fiction sub genre that places more emphasis on melodramatic interplanetary adventure than on hard science. More often than not, these stories are set in the distant future with characters possessing advanced abilities and technology.

Growing up in Florida.

This is a land of pirates and forts and Spanish treasure washing up on beaches, fossils of ancient creatures in the gravel beds of nearly every creek and river, and towering rockets launched to the moon. Hard not to develop a good imagination in a place like that. I had a childhood without cell phones and video games, and I could ride my bike without a helmet. I have memories of the moon landing, Skylab, and other missions of space exploration.

When I could drive, I spent a good amount of time at the bookshop in my local mall, perusing titles of hard sci-fi and space opera. 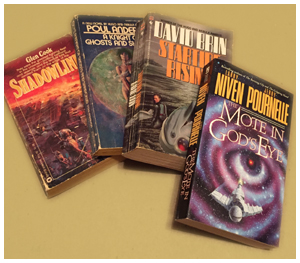 These are some of the novels which had an impact in my youth: Shadow Line from Glen Cook's Starfisher’s trilogy; life and mining on the terminator of a tide-locked planet. A Knight of Ghosts and Shadows by Poul Anderson, the first book I read from the writer of some of the most beautiful and descriptive prose I have ever encountered, often copying passages for study. David Brin’s Startide Rising, with dolphins that speak in haiku. Then there is The Mote in God’s Eye and a mission to a world populated by aliens with a secret. 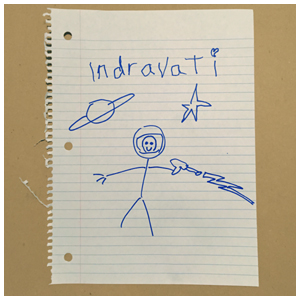 But I'm getting better.

Open this PDF of the first chapter of Indravati. 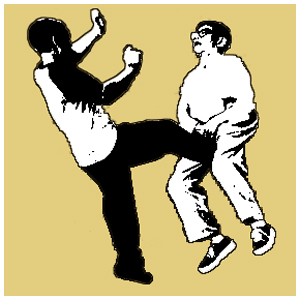 John Scalzi, author of Old Man's War, recently said in an interview that he wished his books to be a gateway to greater authors. If my books could be known for one thing, I’d want it said that they kick boredom square in the nards.

Subscribe to my   Newsletter   to get updates on the new books and info on sale dates.